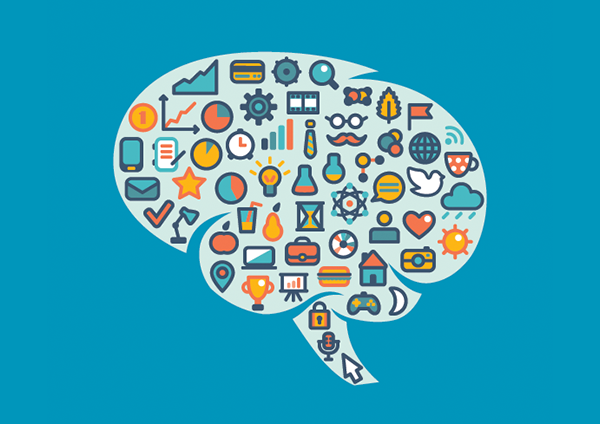 CLEVELAND, Ohio — Alzheimer’s disease afflicts nearly 6 million people in the United States, and sadly affects the many more millions of people who love them.

Yet the chairman and co-founder of UsAgainstAlzheimer’s believes that most people — especially those who could help make a difference — don’t grasp the overall scope and impact of the brain disorder, which progressively destroys thinking and memory skills.

“Political leaders here and abroad are not responding at the scope and scale needed to beat back this disease,” says George Vradenburg, an Oberlin College graduate who, with his late wife, Trish, became committed to finding prevention of and a cure for Alzheimer’s after the deaths of her mother and grandmother from the disease.

“This does not take into account the personal suffering of family members and the social impact of the disease. Government leadership here and abroad does not understand the scope and overall impact of Alzheimer’s on their societies,” he says.

Health agencies and Alzheimer’s organizations estimate that within 30 years, at least one person in each of 150 million different families worldwide will have Alzheimer’s, which causes most dementia illnesses.

Only cancer and heart disease claim more lives among older people in the U.S. than does Alzheimer’s, which is the only top 10 deadly disease that does not have a specific treatment nor even an occasional cure.

Vradenburg, 76, is an attorney who was chief counsel for CBS Inc. and America Online Inc., and a senior executive at AOL Time Warner and Fox Broadcasting Company.

UsAgainstAlzheimer’s, based in Washington, D.C., works to mobilize health organizations, government, business and the public in the fight against Alzheimer’s and related dementias. It produces visionary papers through its studies of the problems, needs and desires of those who have Alzheimer’s and their caregivers.

While UsAgainstAlzheimer’s is a complementary asset to organizations seeking a drug to prevent and/or cure Alzheimer’s, it is also at the forefront of studies into how lifestyle, diet, exercise and brain training can potentially reduce the risk of getting Alzheimer’s and slow its progression and diminish its effects.

Dr. Mark Hyman, director of the Cleveland Clinic Center for Functional Medicine, was the featured guest of an UsAgainstAlzheimer’s webcast conversation and reception earlier this month, and is called a “close collaborator” by Vradenburg.

“We need to rethink our whole approach (to disease in general), particularly around the brain, and UsAgainstAlzheimer’s is doing that through their partnerships, content and programming,” Hyman said in an email exchange.

“They recognize that we aren’t talking about brain health the way we talk about heart health. The science here is moving incredibly fast, and we have to think of multi-factorial causes and multi-modal interventions for the biggest medical challenges of our time, particularly Alzheimer’s. UsAgainstAlzheimer’s is leading the way when it comes to that disease,” he said.

The initiative is apparently stalled for the moment, prompting UsA2 to say as part of a statement: “Unfortunately, due to political maneuvering that has nothing at all to do with Alzheimer’s disease, no action has been taken on this funding bill by the subcommittee or the full Senate Appropriations Committee.”

Cleveland-area medical institutions are integral in the quest to find a cure for Alzheimer’s and all dementias. Several years ago, UsA2 launched the Global Alzheimer’s Platform Foundation (GAP), which recruits participants for clinical trials in Alzheimer’s research. Neurologist Alan J. Lerner, MD, director of University Hospitals Brain Health and Memory Center in Beachwood, is closely affiliated with GAP in its studies.

Vradenburg, born in Kinston, N.C., graduated Phi Beta Kappa from Oberlin in 1964. He sometimes visited Cleveland while a student, especially impressed by the city’s theatrical attractions. Both of his parents and paternal grandparents attended Oberlin. His grandfather, George A. Vradenburg, invented the machine to manufacture paper milk bottles while a businessman in Toledo in the 1920s.

George and Trish Vradenburg founded UsAgainst Alzheimer’s in 2010. She was an accomplished author and wrote for CBS television shows such as “Kate & Allie,” “Everything’s Relative” and “Designing Women.” Trish Vradenburg died of a heart attack in 2017.

There is an urgency that Vradenburg feels in the battle to defeat Alzheimer’s.

“Patients are waiting — impatiently, given the extent of personal suffering — for the first signs of an effective means of prevention or treatment,” he says.

“More and more people and organizations are applying their minds and resources to the issue,” Vradenburg says. “More scientists are testing more theories, more biotech and pharmaceutical companies are investing in solutions, regulators are more actively engaged in forcing collaboration and the sharing of data.

“We will solve this disease — just like we have solved so many diseases in the past. I and my organization want to solve the disease faster, create greater collaboration to do that, and drive more intense passion into the search for solutions.”

USAgainstAlzheimer’s chairman and co-founder George Vradenburg discusses the emotional and economic toll Alzheimer’s has on society as a whole and criticizes that lack of urgency by our political leaders in their willingness to address this health crisis. “The cost of dementia to the world today exceeds 1 percent of total global economic activity.  In the United States, the cost of dementia will be comparable to the defense budget in the coming decades,” adding that “Government leadership here and abroad does not understand the scope and overall impact of Alzheimer’s on their societies.”

Originally posted to Cleveland.com on September 20, 2019.