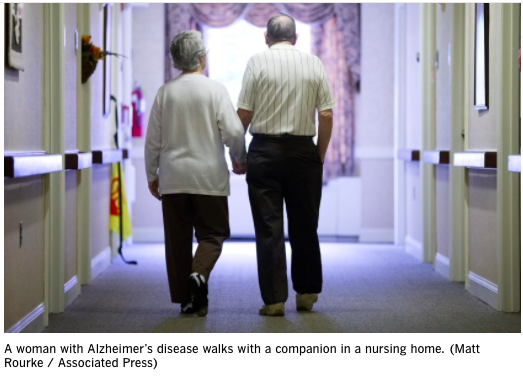 GAP-Net site, Syrentis Clinical Research, and GAP President, John Dwyer, were interviewed about the difficulties of recruiting Alzheimer’s clinical trial volunteers in the time of COVID-19, and why their involvement is important.

Alzheimer’s disease researchers fear that fewer volunteers and delayed studies due to COVID-19 may hinder the discovery of important treatments for the illness.

Since the pandemic began, clinical trial sites across the country have had difficulty attracting volunteers during the quarantine.

“They have to be very thoughtful about whether they are going to participate in research,” Dwyer said.

Dr. Lorrie Bisesi, vice president and director of clinical operations of Santa Ana-based Syrentis Clinical Research, said her company has seen a steep decline in the number of volunteers taking part in its Alzheimer’s trials.

Bisesi said most universities and hospitals have largely focused their research on COVID-19, placing the burden on smaller clinical research sites like Syrentis, which has 10 employees, to focus on other diseases.

“It’s our mission to help continue Alzheimer’s research with 90% of universities and hospitals not focusing on it,” Bisesi said. “But we can only do so much.”

Harlan Comee, who is taking part in a Syrentis study, said he volunteers because he wants to take part in something important. Comee is a study partner for his wife, who has Alzheimer’s.

Wilma Ryder, a volunteer with a Syrentis Alzheimer’s study, joined in part because she hopes the research will help produce a treatment for the disease.

“Perhaps the better things they know about older people can be applied to us eventually,” Ryder said.

Comee and Ryder both said that taking part in clinical trials provides them with a much needed break from quarantine, allowing them to engage with others.

Bisesi said Syrentis has implemented a number of protocols to keep volunteers safe, including taking temperatures, pre-screening for COVID, social distancing and minimizing the amount of volunteers they see at a time.

Due to the new safety protocols, visits take about three to four times longer.

Studies are also taking much longer due to lack of volunteers. Duffy said this is an issue because Alzheimer’s studies are already very long, lasting three to five years.

“My grandmother had Alzheimer’s … so we are very passionate about it and were devastated of the possibility that COVID would halt and slow the progress that we have made in clinical trials,” Bisesi said.

For more information on Syrentis and how to volunteer, visit syrentis.com.