As the two walk through the heart of Jordan, his head is filled with facts and memories.

“There’s some nice little antiques in there,” Mark says, passing a store.

“The kids would go swimming down there,” he adds, crossing over a creek. It seemed like every building we passed, Mark knew its complete history.

They’re memories he knows won’t be around forever. He suffers from Alzheimer’s – the same disease he witnessed in his father. 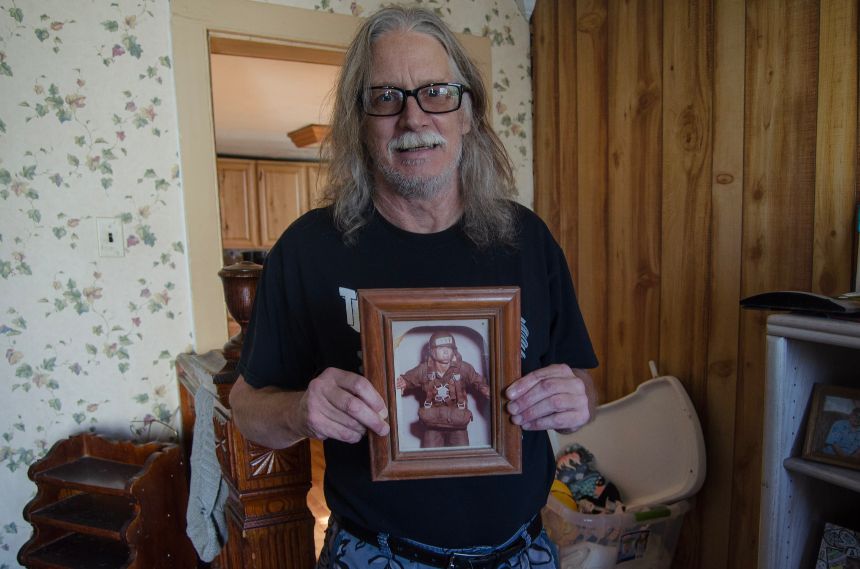 Mark Cornue holds a picture of his father. Photo by Justin Bachman.

Thankfully, Mark isn’t going through it alone. Beside him is his wife Irene. I asked how long they’d been married. They both started saying thirty-something.

Irene by his side, Mark signed up for an experimental drug trial. Out of 200 participating clinics, and what will eventually be 2,000 patients enrolled, Mark was the first.

“I think they were as excited as we were,” Irene said of the staff at Clarity Clinical Research.

It’s called the “green memory study,” and instead of targeting an area of the brain, this drug affects bacteria in the stomach. 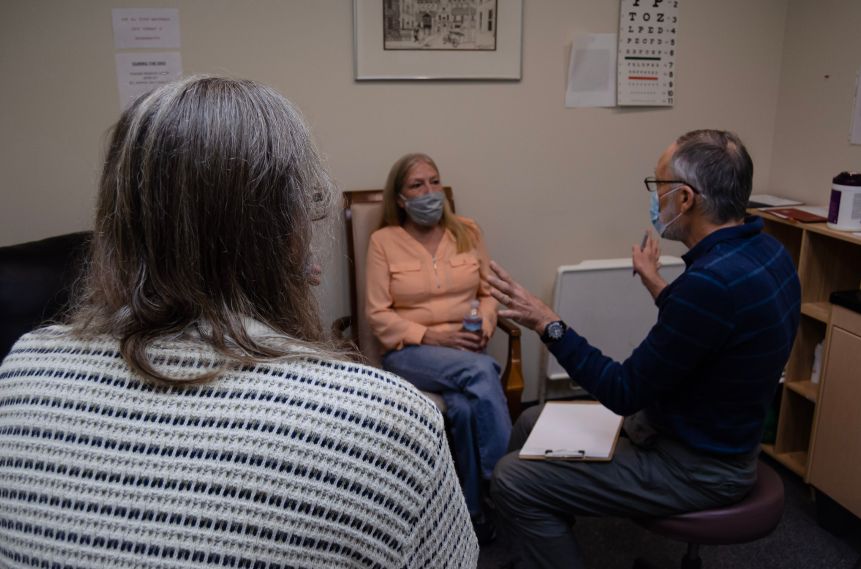 Mark and his wife Irene visit with researchers. Photo by Justin Bachman.

“If we modulate, or replace the bad bacteria with good with this drug,” says Lisa Sonneborn, an Alzheimer’s Researcher, and the founder of Clarity, “It can actually reduce the inflammation in the brain and potentially have an impact on the disease process itself.”

Half the patients in the trial get placebo for the first year. After that, everyone is placed on the medication for 26 weeks. The potential of a year on the placebo is scary, but Mark is staying optimistic.

“I’m thinking that I’m the first guy, that makes me better,” Mark says.

“You think you have a better chance of getting the real thing because you’re number one?” Irene says with a chuckle. “Hopefully you’re right!”

Mark has been off his old medication for the past few weeks, and will get his first new dose as part of the study beginning November 24.