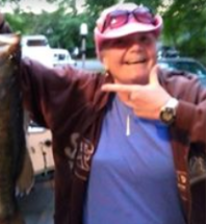 Debby O’Brien cared for both her parents while they had dementia. After they passed, she explored getting involved in Alzheimer’s research to ensure that families in the future would be spared what happened to her family. She responded to a TV advertisement for a study at Rhode Island Hospital, and after passing a screening process, was admitted as a participant for a study led by Dr. Brian Ott. Nowadays, Debby hosts an annual pig roast at her pasture in western Rhode Island for 200 Navy veterans in honor of her late father, who was a Navy captain. She extols the virtues of Dr. Ott and his team to everyone who will listen.