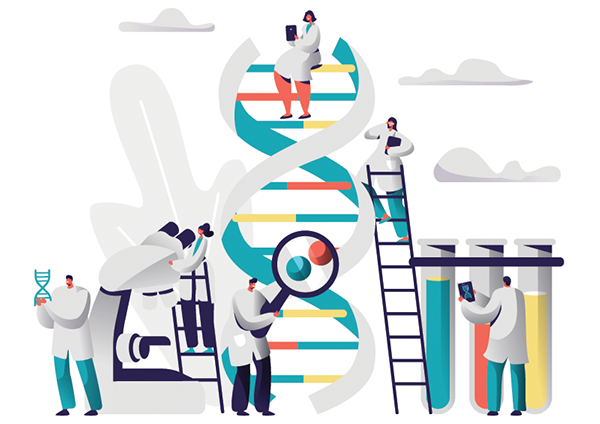 By the time I was old enough to ask my grandmother questions about her life, it was too late. All I had were skeletons of stories I heard from my mom. I knew that it had been difficult for my grandmother when her parents, Irish immigrants on the vaudeville circuit, left her behind to help care for her younger brother when they traveled. But who cared for her? I heard about how, after her parents became successful radio stars, she was once set up on a date with Frank Sinatra, but when he arrived, with my grandmother waiting to make an entrance, he used language she didn’t like, so she sent word that she wouldn’t be going. But what had he said? I knew that she and my grandfather divorced not long after my mom was born, and that my grandmother subsequently spent time in the hospital. But for what illness? When I’d ask her, she’d respond about the weather. And maybe this was because she didn’t want to talk about it. Or maybe she didn’t remember. For years, her body was well but her mind was dying. It was like watching the electric grid of a city shut off one neighborhood at a time, until almost every street was dark.

Eventually, she was given a diagnosis of dementia, though all this did was affirm the symptoms. And while Alzheimer’s disease accounts for about 70 percent of dementia cases, there never seemed to be a point in finding out whether that was what she had, because there was no treatment. This was true in 2007, the year she died, when an estimated 5.1 million Americans were believed to have Alzheimer’s, and it is still true today, as that number has risen to 5.8 million (by 2050, it’s projected to balloon to 13.8 million). Currently, Alzheimer’s is ranked as the sixth leading cause of death in the country, after heart disease and cancer. (It disproportionately impacts women, who not only make up two-thirds of all Alzheimer’s cases, but also two-thirds of the roughly 16 million Americans who provide unpaid care for someone with Alzheimer’s.) Yet of the top 10 causes of death, it is the only disease that still can’t be prevented, cured, or even slowed.

Alzheimer’s is ranked as the sixth leading cause of death in the country, after heart disease and cancer.

This is not for lack of effort. There have been around 200 unsuccessful attempts to find a drug to treat Alzheimer’s; the termination rate of Alzheimer’s drug trials—upwards of 98 percent—is so high that the field is often described as a graveyard. This past spring, for example, late-stage clinical trials for the buzzed-about drug aducanumab were halted after they failed to produce results. Between this and trials’ cost, which can run into the billions, the work is not for the faint of heart, but there remain promising prospects in the pipeline, one of which is a vaccine, UB-311.

Developed by United Neuroscience, a private biotech company founded in 2014 by a doctor, Chang Yi Wang, and her daughter, Mei Mei Hu, and son-in-law, Louis Reese, the vaccine is years from approval. But researchers claim it could delay the disease’s onset by five years, which, beyond the human impact, could save families, Medicare, and Medicaid more than $220 billion. “A word of caution is that it’s a small study,” says Drew Holzapfel, board member and acting president of the nonprofit UsAgainstAlzheimer’s, referring to the research into UB- 311 so far. “But the initial data is compelling.”

Wang, who was born in Taiwan and moved to the United States in 1974 to pursue a dual-specialization PhD in biochemistry and immunology at Rockefeller University, launched her first company, United Biomedical, Inc. (UBI), with her husband, Nean Hu, in 1985. Since then, among other achievements, she’s developed a foot-and-mouth vaccine for pigs that has been administered more than 3 billion times. (Her secret to success, she says: “I was never afraid of anything.”) Mei Mei Hu, an only child who attended the University of Pennsylvania and Harvard Law School, was working for McKinsey & Company in 2009 when she learned that UBI had encountered some business challenges in China. Hu had never expected to work with her mother. “She’s a brilliant scientist, highly regarded in her field, and one of the hardest workers I know,” she says. “That casts quite a shadow.” But she took a six-month leave from her job to work with UBI, and within a year had officially joined the company. (Hu, Reese, and Wang later created United Neuroscience to have an entity that focused exclusively on vaccine research for neurological diseases.)

Hu and Reese, who have two children, are based in Dallas, but Wang and her husband still live in the home in Cold Spring Harbor, New York, where Hu grew up. Between the main house and the guest house, the compound is sprawling enough that this past winter, it hosted a group of people from United Neuroscience, who finished up three days of meetings with an Italian feast they all cooked together in the kitchen. The company is currently preparing to begin the next phase of clinical trials for UB-311, and while the stakes are high—United Neuroscience has already invested $100 million developing its vaccine platform—its founders remain optimistic, not just about their drug, but about finding a treatment in general. “The field is littered with failures, unless you consider failures learning,” Hu says. “Every time someone has not succeeded, they’ve taught us more about the disease and the drug development process.”

The field is littered with failures, unless you consider failures learning. Every time someone has not succeeded, they’ve taught us more about the disease and the drug development process. – Mei Mei Hu

It’s true that Alzheimer’s is now better understood. The current hypothesis is that it begins, up to 20 years before symptoms appear, with a buildup of two proteins, amyloid and tau, in the brain. This then leads to amyloid plaques and what are known as tau tangles, which, scientists believe, prompt cell death and memory loss. In response, researchers have developed amyloid-targeting drugs, with little success. (UB-311 operates by training the body itself to target amyloid.) “The genetics data pretty strongly suggests amyloid is causative,” says David Morgan, a neuroscience professor at Michigan State University and the director of the Alzheimer’s Alliance. The question is whether targeting it alone is effective, and also whether, once symptoms have appeared, it’s already too late. Treatment might ultimately involve a cocktail of drugs, as with AIDS, in other words; it also might need to begin decades before a patient notices any- thing is wrong.

For Wang and Hu, the work isn’t personal. Alzheimer’s doesn’t run in their family, and Wang, who recently began running marathons and last year filed eight patents— “She’s prolific,” Hu says—only seems to grow sharper with age. (“There’s a running joke that you can email her at pretty much any time, and within a few hours get an email back,” Hu says. “She sleeps two hours at a time.”) But it’s more than a medical quest. “I used to just focus on checking boxes,” Hu says. “But both my husband and my mom are focused on the impact we can have on humanity, and eventually I came around to that perspective, too. That’s what converted me to wanting to work for UBI, because frankly, what could be more impactful than solving something like Alzheimer’s?”

A challenge facing any Alzheimer’s drug trial that advances beyond the initial stages is finding participants. Researchers prefer to engage with people with no other medical issues, and among the aging population diagnosed with Alzheimer’s, this is rarely the case. Another difficulty: Despite the fact that the disease can now be detected more definitively via an amyloid-focused brain scan, many people, like my grandmother, still don’t get diagnosed. (It doesn’t help that amyloid scans are typically not covered by insurance.) “But the biggest problem is that people are not aware of the clinical trials,” says John Dwyer, president of the Global Alzheimer’s Platform Foundation. Which is particularly unfortunate, since they remain patients’ best hope. “The fact is, the first person to be cured of Alzheimer’s will be in a clinical trial,” he says. “It won’t randomly happen.”

This article originally appeared in the June 2019 issue of ELLE.